Posted on December 16, 2011 by yourownvirtualassistant

Task management is the key to time management.  If you can prioritize your tasks and 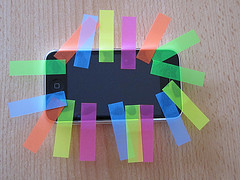 understand what you need to do to get closer to your goals (will this task take me closer to my goals or not?) then you have the road map to success.  Then the question becomes whether or not you choose to follow it.  Choosing the proper tools to assist you with managing your tasks can be the key to you following your tasks.  Read on for more on what task management software is available for you or not.

Handling your tasks effectively is the first step for time management. There are plenty of choices for task management software on the Internet.

Of course, at the most basic level, all you need to manage your task is a pen and paper to put down your tasks. But task manager software makes the job faster and easier.

Mylife organized is based on getting things done (GTD) system. The software allows you to make a list of next actions and categorize them on the basis of GTD criteria like context, importance and so on. It follow the principle of GTD to the letter but somehow doesn’t feel easy to use. In my opinion, Vitalist (below) looks more successful in embodying the GTD system.

However, If you seriously follow GTD, take a look at the software because it seems to be rated favorably by many users.

ToDoList has several good features that cannot easily found in commercial programs. The interface is intuitive. It supports hierarchical data. It can have numbered items and sub-items. It allows open file format such as xml and txt.

You can make as many lists as you want with ToDoList. You can add tasks and sub-tasks in the list. Each task has a pane in which you can write memo in rtf or txt. This is very useful because you can include various information for each task like memo, websites, and contacts.

Web-based applications have become an established trend. Many websites exist that are dedicated to task management. Rememberthemilk is one the big players in the area of web-based task management.

It offers functions that are not available with desktop software. For example, you have notification through email and SMS. You can also collaborate with colleagues on the same list.

It reminds of Bonsai, palm outliner, with its versatile uses. Just like the Palm program, Checkvist can be used as an outliner and task list thanks to the hierarchical format.

You add task with Enter key and sub-tasks with Shift-Enter. You cross a task as one with space bar. Simple enough.

Checkvist is a beta program but stable enough to handle many data. If functions such as due dates, data synchronization with desktop PC are added, it may become one of the best online task managers.

0saves
Save
If you enjoyed this post, please consider leaving a comment or subscribing to the RSS feed to have future articles delivered to your feed reader.

3 Responses to Task Management Software to Boost Your Time Management